God Has Blessed the USA, but There’s Work to Be Done

Posted on November 9, 2012 by educatemoore

I stayed up late Tuesday night, well early Wednesday morning as I watched the presidential election results come in.  I heard the President and Governor give compassionate and passionate speeches. There is no doubt in my mind that both love this country and there is no doubt that both come from a foundation of faith that guides that passion.  Both mentioned prayer, grace, commitment, compassion, and togetherness.  As I read the post election news and Facebook updates, it is obvious where the allegiances lie with friends, colleagues and acquaintances on both “sides” of the country.   It is obvious where the emotions are as well.    There was plenty of opinion, celebration and disappointment to go around.   But one statement stuck with me.

“I’m proud to say i love this land but please God, bless the USA”

My response was “God has already blessed the USA, in many many ways.” 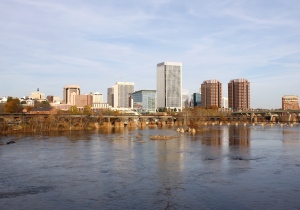 precinct.  First time voters were excited about voting.  They were a mix of 18 year olds, first time registrants and new American citizens who were honored to be able to vote as a new American.   I saw families who brought their children to show them what it means to be an American citizen.  I heard one precinct had a special voting both for children to vote for their favorite football team, their own private vote.  That was totally cool.  I saw long lines and patient people.   75% of my precinct voted. 75%!!  When was the last time we had that high of a percentage?

God has already blessed the USA with the spirit of getting out there to vote.

Voting was high in many groups, women, Latinos, African Americans, and first time voters.  The youth vote went up. There are more swing “battleground” states now than ever.  People care.  People are exercising their rights as American citizens to vote.  Look at that.  That’s why I am always surprised when I hear people say, “We need to take back our country!” We never lost the country to begin with.  We’ve gained citizens who are willing to sacrifice their family and their past to make a future in the United States.   They study for years to become a US Citizen.  How remarkable!

God’s has already blessed the USA because it wasn’t that long ago when these groups weren’t allowed to vote.  God blessed the first time voter with the privilege and honor of making it to 18 and voting on their own.  God blessed the new American citizen who came to this country because she saw opportunity and worked hard to gain the right to vote. (And passed a test that I dare say many of us wouldn’t be able to.)

God has already blessed the USA with two men and two beautiful families, both with children who have been raised in a family of faith, understanding, opportunity and hope and as a country, we rallied behind them, giving us that same hope and opportunity.

And look at what happened when Hurricane Sandy came and demolished the Jersey Shore and New York City, the country surrounded them with help, food, donations, and support.  That has happened over and over again.  How in the world can we say we are in a country that is lost and a country that needs blessing?

God has blessed the USA in many ways, including giving all of us an opportunity to be a blessing for others in the ways we have been blessed.  Just like we have done for the hurricane victims, we can do just as much for others. I was at a gathering the other night, when it was reiterated that God made all people in his image and blessed us with the hands, feet, heart, and opportunity to reach out to those who need help.

In similar meetings, I was reminded of the fact there is work to be done and we can start right here, in Richmond.

Based on the 2010 Census, 38% of children in Richmond live in poverty, a rate that doubled in those 10 years.  Can we get that number to decrease?  Why can’t they work?  Some think it is easy.  Not really.   Many don’t have cars to get to their jobs.  Yes, they have public transportation within the city limits but that’s not good enough.  There are jobs in the metro areas.  The number of entry level jobs in the metro Richmond area that are accessible by public transportation is 25%; meaning that 75% of entry level jobs, are not available to those in Richmond who have to rely on public transportation to get around.

Interesting note:  69% of Gilpin Court subdivision lives below the poverty line, the poorest neighborhood and 3 ½ miles down the road lies the wealthiest neighborhood of Windsor Farms.  We don’t have to go very far to help.  Just in case you think poverty stays within the limits of race and city, the 2010 Census showed that in 10 years, poverty increased in Henrico County by 84% and in Chesterfield by 71%. Poverty among the white population has increased, as has the Hispanic population.

Richmond has been blessed by the work of Dr. John Moeser, who I heard speak at First Baptist, Richmond. He has taken these numbers to many groups as to get the word out and the feet moving.

I heard this week that God continues to bless many, through the work that we do for others.  God reaches out to people through people.    We have been blessed in many ways, as citizens and as a country.  People are fighting to have the freedom that we have, but people are also fighting to live and we need to fight with them.

God has already blessed the USA in many ways, but God is not done working with us and neither are we.